The Range was founded by Andrew McLoughney, a former semi-professional golfer who longed for an all-weather clubhouse experience which incorporated the latest in state-of- the-art golf technology. The Range Spinningfields is a home away from home with five golf simulators available for use by members. The simulators sit alongside our bar & lounge, Albatross & Arnold serving delicious food and drink in a relaxed, stylish environment.

HAVE A LOOK AT OUR BAR MENU 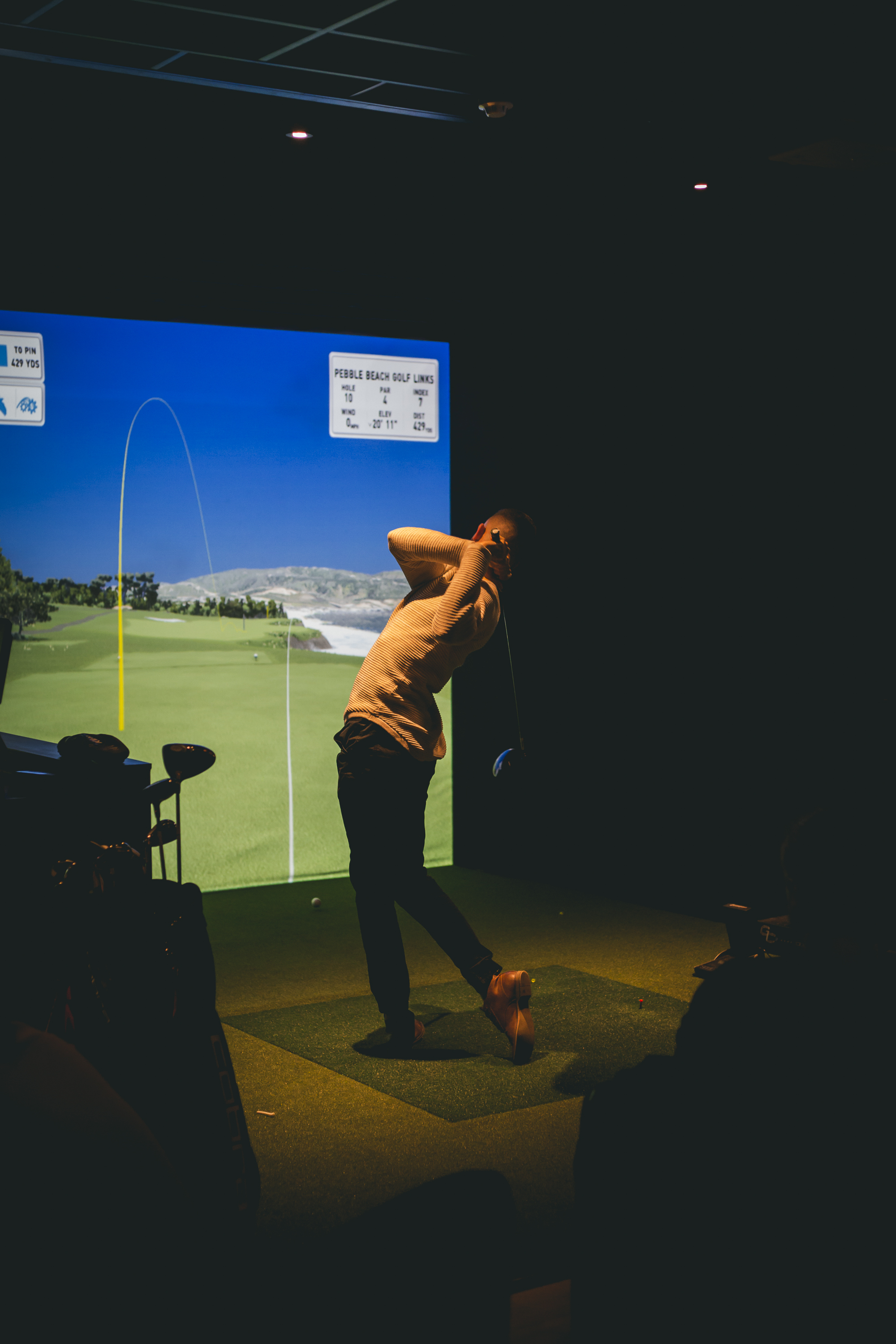 Indoors and outdoors, from coaching to club fitting and true-to-life golf simulation, our GC-line of launch monitors are the most trusted performance analysis solutions available, as used by many golf professionals including Rickie Fowler, Bryson De Chambeau and Andy Sullivan.

The GC2 with Head Measurement Technology (HMT) collects data direct from the golf ball, giving you exceptional levels of accuracy in both simulation and swing analysis. The crystal clear high definition simulator has over 100 of the best courses in the world available to play.

Swing Catalyst offers a comprehensive and powerful video analysis software that has been praised by coaches around the world for its user friendliness. The software allows you to capture live video from a range of cameras, including high-speed cameras that provide up to 500 frames per second. The video analysis suite is equipped with every imaginable drawing tool, slow motion playback, video overlay and side by side comparison.

There are currently 85 top golf courses to choose from, among them are the world-famous Pebble Beach, Wentworth, Emirates Gc, and Carnoustie.

MORE ABOUT OUR TECHNOLOGY
5

BEST GOLF COURSES IN THE WORLD 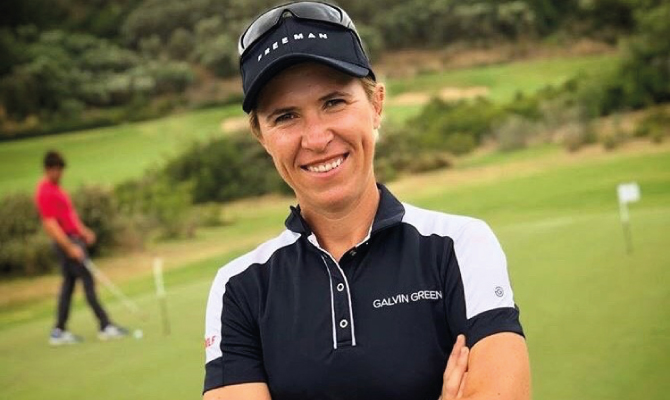 Sophie first held a golf club when she was 18 months old thanks to her Dad’s consuming passion for the game. At the age of 13 she was playing for her county, Lincolnshire, and for England by the time she was 15. During this time Sophie enjoyed some great successes, winning the English Girls Championship in 2000, the Daily Telegraph Championship in 2000 and 2001 and the English Girls stroke play in 2002. She progressed rapidly and joined the senior squad at 18, which coincided with starting Loughborough University where she gained a 2:1 in Sports Science and Management whilst also winning the English Amateur Championships and representing England and Great Britain.

Sophie turned professional in October 2006 and has been playing on the Ladies European Tour for 12 consecutive years, competing in 33 countries. She has played in 6 Majors (5 British Opens and 1 US Open) and career highlights to date include: 2nd at the Scottish Open; 3rd Open De Espana; 13 top 10 finishes on Ladies European Tour; Playing in the British Open at St Andrews; Playing in the US Open at Shoal Creek Roehampton Gold Cup winner.

Sophie is fully trained in Foresight technology and was personally taught swing catalyst by the renowned biomechanics professor, Dr Scott Lynn. She has worked with many of the top coaches in the world such as Phil Kenyon, Karl Morris, Steve Peters, Faye Downey, Dr Scott Lynn, David Ridley and has also played with the very best (Laura Davies, Annika Sorenstam, Lexi Thompson).

“The key to my game is driving the golf ball, last season on the Ladies European Tour I averaged 83.57% fairways hit”.

Sophie’s enduring appetite for golf is as strong today as when she started hence why, alongside her playing career, she started working at The Range. She loves to share her many years of experience and knowledge to help others play to their best and get the most from each game. She understands all the ups and downs of playing the sport from being a complete novice to a seasoned pro and everywhere in between. Sophie Walker’s first question to students is always `What do you want? It’s about your game, I’m just here to make the ride more enjoyable and lower your scores`! 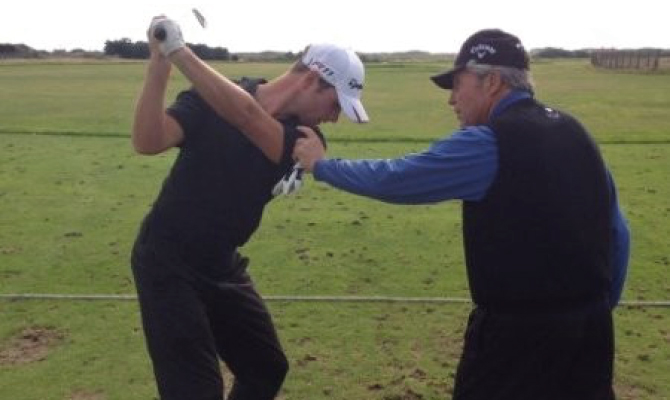 Andrew has been aspiring to play tour professional golf from a young age. He reached a top amateur level, holding a handicap of +2. Unfortunately, a number of injuries from on and off the course ended his playing career.

Andrew has dedicated his life to golf and travelled all over the globe to achieve his ambitions of playing at the top level. He was given a full scholarship to play collegiate golf in the US for the highly reputable Queens University, North Carolina, where he held the status of the University’s number one golfer, as a Freshman. After a successful spell in America Andrew travelled to Australia to compete against the best amateurs in the Southern Hemisphere, playing in the coveted Victorian Pennant. Representing Kingswood Golf Club, Melbourne. Andrew held an unbeaten record for the club. Following a rewarding experience in Australia, he turned his attention to turning professional and competing on the Asian Tour.

Prior to competing on the Asian Tour a hip problem halted these aspirations of turning professional, in September 2011 he underwent surgery on a labral tear. Returning after injury Andrew took the opportunity to develop the Teaching Academy at Da Nang Country Club, while also helping the staff improve their English and understanding of the game of golf.

During Andrew’s playing career he has worked with some of the top golf coaches and golf based trainers and physicians throughout the world including Gary Gilchrist, David Leadbetter and sports psychologist Dr Karl Morris. Andrew is now utilising a decade of golf knowledge and experience to provide a unique and professional golf experience to enthusiasts within Manchester’s first City Centre golf club; The Range.

The Range was founded by Andrew McLoughney, a former semi-professional golfer who longed for an all-weather clubhouse experience. There are two types of membership available: personal memberships and corporate memberships. We tailor personal memberships to the individual depending on club usage. Click the button below to become a member or just book a course now. 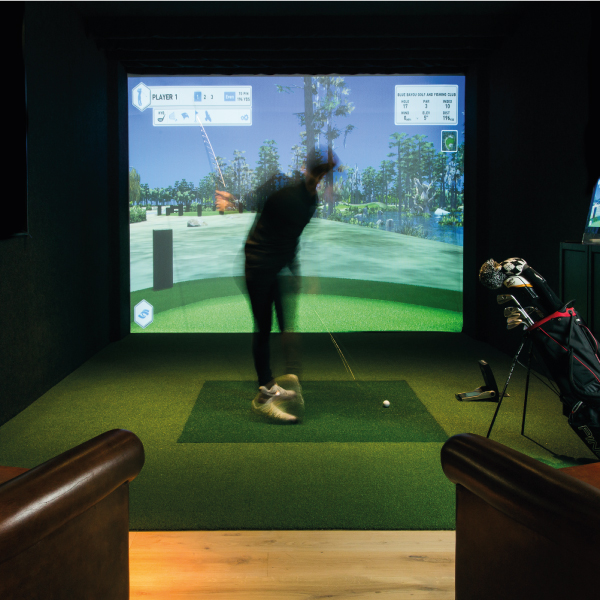 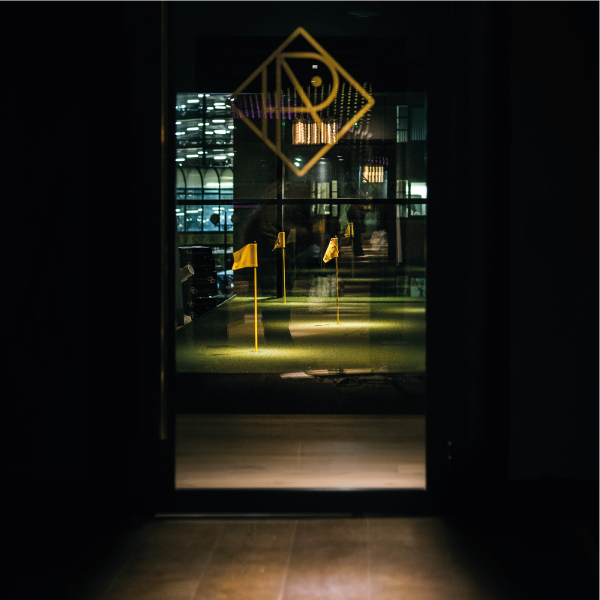 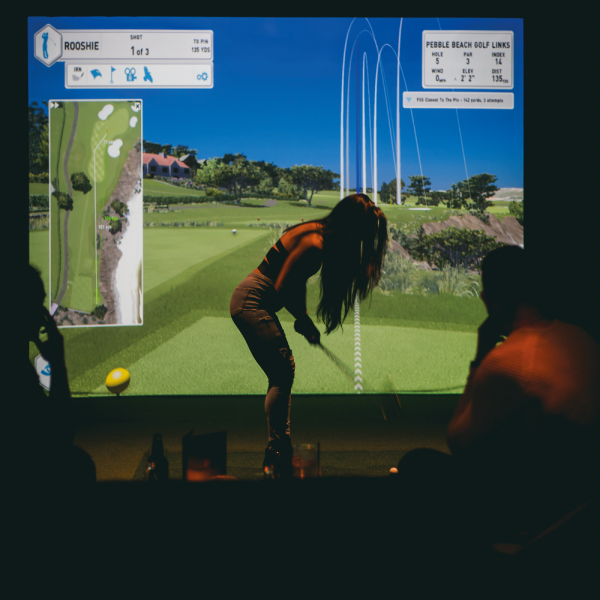 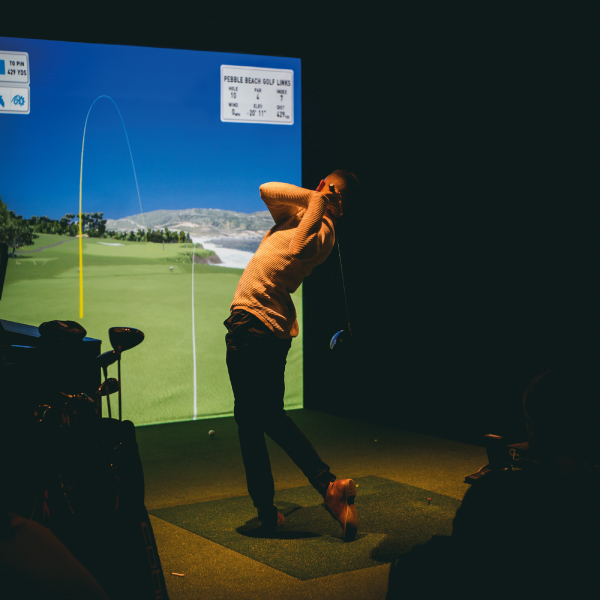 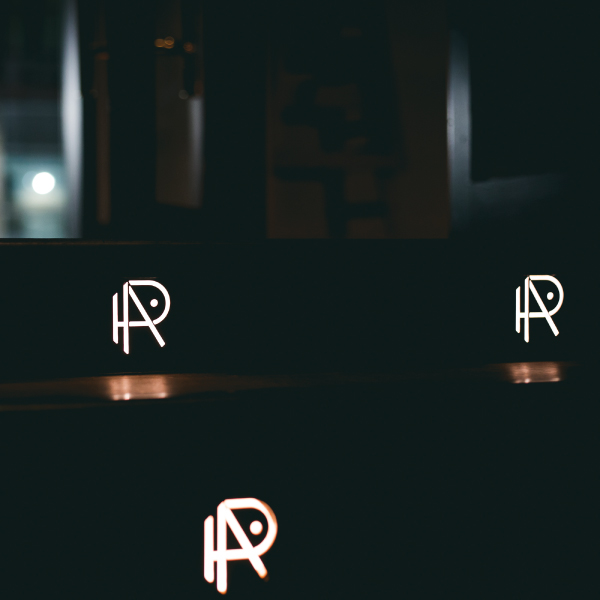 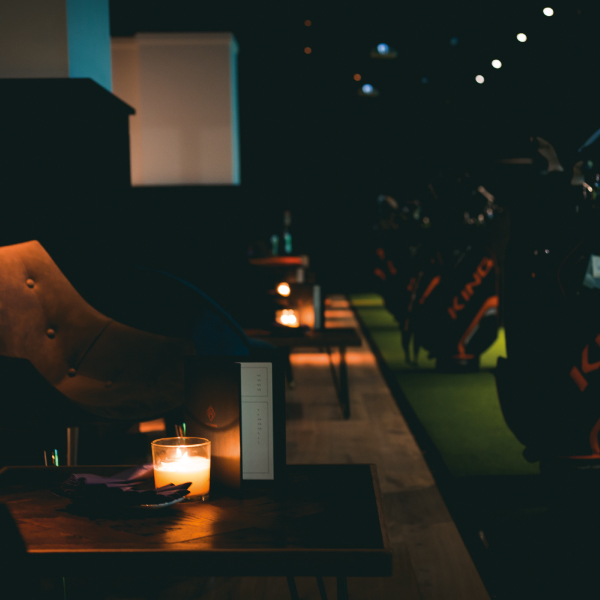 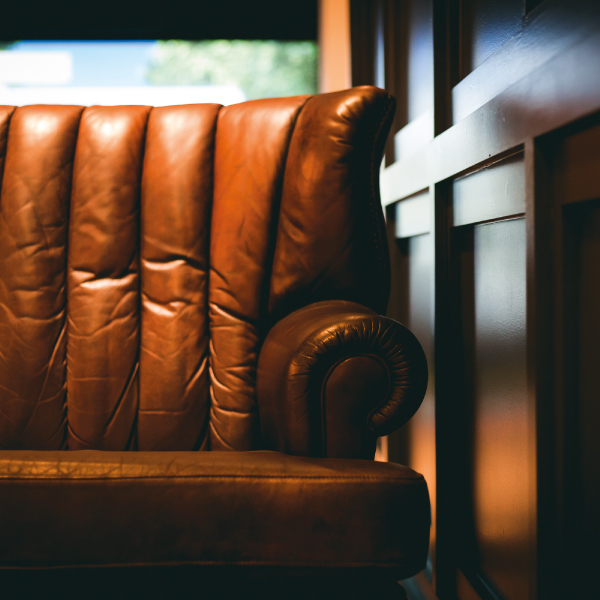 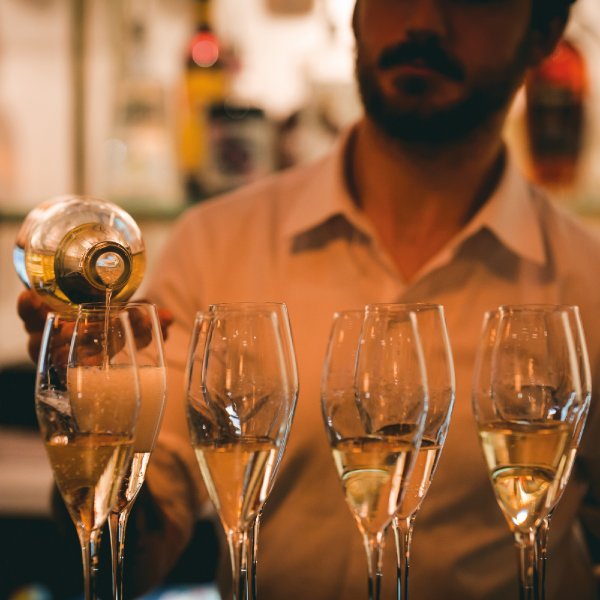 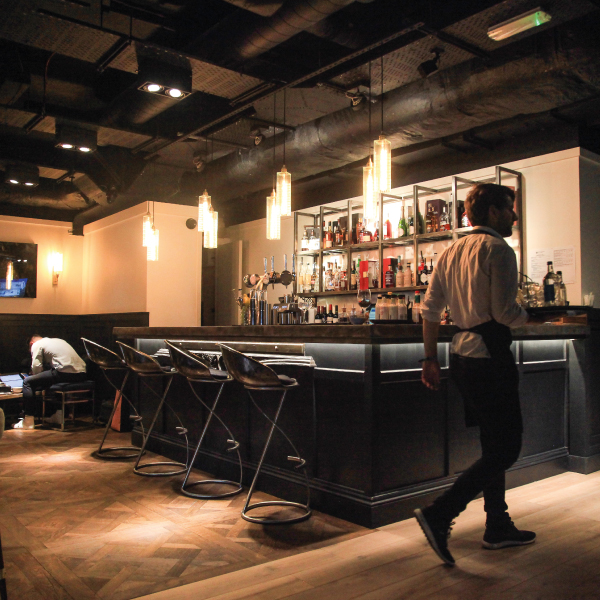 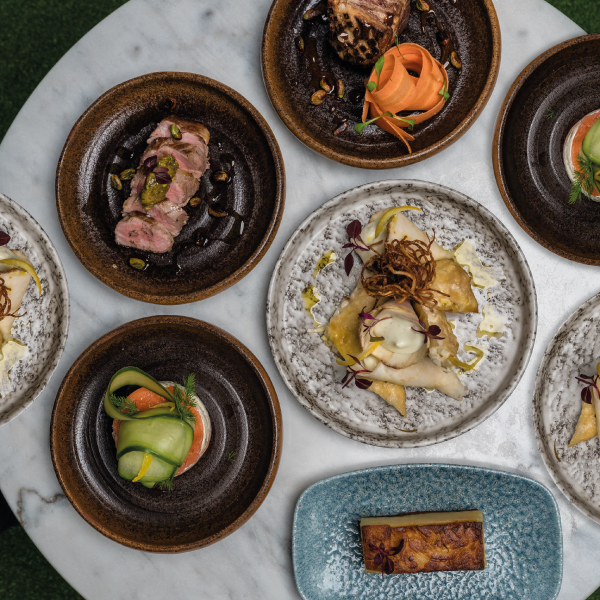 We pride ourselves on delivering exceptional food & drinks offering within the range.

HOW TO FIND US

Due to VERY unforeseen circumstances, we are currently homeless.

We understand your frustration, we feel it too!

We are doing everything within our power to relocate as quickly as possible and will update you as soon as we know more.

Thank you for your continued patience.